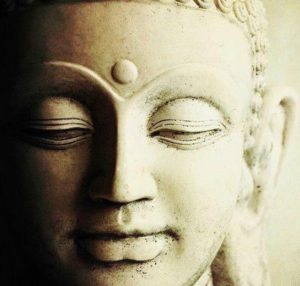 The development of the concept of world literature is one of the great accomplishments of literary study over the past few decades. Not only has it signaled an expansion of what texts are read (in terms of both geography and genre), it has also expanded how they are read. Often following the axioms of Edward Said, readers of world literature look for power, for geographic connections, for how discourse may overwhelm the literary imagination. The rise of world literature has meant more than job listings and syllabi that cover more geographic area; it has meant that geographic areas are themselves interrogated historically and conceptually.

The same cannot be said, by and large, for the theoretical texts that have driven this change. While literature is treated as worldly, contingent, and connected, theory – in spite of its fervent gesticulations about praxis – is continually unmoored from the very regimes of geographic connectivity within which it calls on us to understand literature. Why has world literature not been coincident with the rise of “world theory”? To be sure, important strides have been made in this direction in both philosophy and literary theory. There is an increasing presence of philosophies from Africa, Latin America, Asia, and elsewhere, as well as good works that demonstrate the importance of “others” within the history of Western philosophy. There is also critical work that moves beyond mere inclusion to really wrestle with and debate philosophical ideas and their practical histories. But this work has, for the most part, remained outside mainstream approaches to the relationship between world philosophy and world literature.

The study of Buddhism in much contemporary literary theory is a case in point. There is, for example, Peter Hallward’s Absolutely Postcolonial, a text which, in spite of its many references to Buddhist philosophy, makes claims about it that are essentializing, outdated, and simply inaccurate. For Hallward, all Buddhism is a misty haze of apolitical thought that can’t rise to the level of critique because it is wedded to oneness. (One can find similar disparaging and unfounded remarks in Slavoj Zizek, and all the way back to Nietzsche and Adorno.) The reader quickly discerns that Buddhism for Hallward is, like the Sufism he also errantly critiques, a mere version of the Deleuzian philosophy that is his real target. “World theory” fails when philosophies, unlike literature, are treated as generic abstractions removed from their complexity, internal differences, and historical embeddedness.

Interestingly, Said’s own writing, as in his trenchant essay on Kim collected in Culture and Imperialism, is also an example of how limiting one’s engagement with world philosophy has effects on our study of world literature. Said’s essay importantly moves Kim beyond a generic question of the boy’s bildungsroman to a consideration of the “connections in it,” i.e., “the history, mutually dependent, of India and Britain in India.” To claim this geography as the sum total of the connections, however, erases the other obvious connection (arguably the central one) – that between Kim and the Tibetan Lama. Said most likely makes this excision because the Lama for him is nothing other than a generic religious pilgrim, akin to Chaucer’s or Bunyan’s. But Kipling’s fictional Lama, we learn reading Kim, was based on the historic personage of the second most powerful figure (politically and spiritually) in Tibet at the time – the Panchen Lama. Indeed, remarkably, a few years after the publication of Kim, this very real Lama made (according to Toni Huber) a pilgrimage to India as a “religious cover” for what were in fact ongoing political negotiations with the British and the Chinese.

Now is not the time for a full reading of Kim based on this set of historical facts. Suffice it to say that a world historical reading of Kim would have to move beyond the idea that the Lama is merely an “old ascetic priest,” as Said says, or that his Buddhism is simply world-denying, as Hallward would have it. The Lama is, in fact, a powerful political figure whose intentions in the novel are, at best, much murkier than his declared search for a mystical river would suggest. Perhaps he – like generations of Panchen Lamas before him – was searching for a patron as part of his political machinations in Tibet. Kipling laces the text with hints to this effect – from the Lama’s wealth used to fund Kim’s education, to his discussing the violence of monastery feuds in Tibet, to the brief mention of the borax trade (a key economic link between Tibet and Europe for centuries), to Hurree’s conclusive claim: “He is pure agnostic – same as me.” It would be wrong to say to say that the relationship between the Lama’s quest for enlightenment and his implicit political plot is therefore cynical. Philosophy always needs a base of material support, and the meaning of this is complicated. Regardless of what one ultimately makes of the Lama, the point here is that this political-philosophical tension in the Lama’s journey is one of the most interesting but seemingly never studied aspects of the novel.

To factor in Buddhist philosophy here, in other words, does not simply mean to engage its well-known set of soteriological claims. It also means grappling with the complex relationships between philosophies and the institutions that seek to support and embody them, something that should undoubtedly register for Marxist critics, at the very least. And this juncture of where philosophy gets embedded into the narratives of everyday life would seem a rather apt concern for theoretically-attuned literary criticism. The complexity of world philosophy – meaning, again, both its global roots and its contingent worldliness – remains an under-explored theme for world literature. Overcoming this will not just mean extending our geographic scope, or peppering accounts of theory with little bits of Buddhist or Africana wisdom. It will mean, as Said argued, understanding the mutually dependent histories that have shaped the philosophies whose theoretical power has in turn shaped our thought.

Avi Alpert is a 2016-17 Fulbright postdoctoral fellow at the Federal University of Bahia, Brazil..