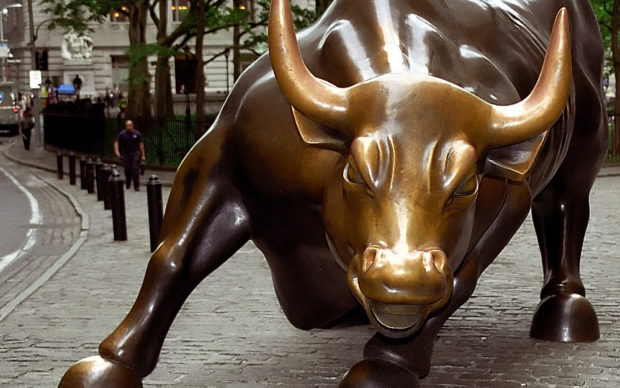 The Answer Is No: A Response to Nancy Fraser

The answer is no. Capitalism has been racist, yes, of course. History is unequivocal. There could have been no Manchester without Mississippi. But capitalism is not necessarily racist. Capitalism’s history reveals a longstanding racial divide between those subjected to exploitation and those who, in order to be set apart as legitimate targets of violent expropriation and left politically unprotected, like slaves, needed to be racialized. But the system, ceaselessly mutating, is no longer committed to assigning expropriation and exploitation to distinct populations. Today, Fraser argues, capitalism has made everyone vulnerable to expropriation as well as to exploitation. At least in theory, then, it makes more sense for organizers to set their sights on a grand anti-capitalist alliance that would cross racial lines.

As a reading of the present moment, the moment Fraser calls financialized capitalism, this politically inspiring argument also raises certain questions. It’s easy to see trafficking in women, mass incarceration of people of color, and police murders of black men as examples of the persistence and even perhaps the exacerbation of violence. But are these cases paradigmatic? (Recent historians of capitalism like Sven Beckert have been strangely ambiguous on the subject of whether, where, and how much capitalism depends on violence.) Is the system that rules us now defined by the fact that, as Fraser puts it, “expropriation is becoming universalized, afflicting not only its traditional subjects but also those who were previously shielded by their status as citizen-workers and free individuals”? Fraser’s argument depends on taking the concept of expropriation away from the instances of it one would think of first– say, colonial conquest and enslavement–and stretching it so as to make room for debt, including sovereign debt as well as (presumably) mortgage and credit card and student debt. Debt is a means of rule, there is no doubt about it, but it is also a valuable social bond (see Richard Dienst’s The Bonds of Debt) and in some cases it is even a privilege. Before Greece joined the EU, it was more or less impossible to buy a house unless you had the cash to pay for it up front. In the US, student debt as it exists is a scandal– but imagine the same scenario applied to higher education: no college degree for you unless your family has the cash to pay for it in advance.

Is it helpful to think of so complex and dialectical a phenomenon as debt as if it were pure coercion, which is to say on a par with whipping and branding, let alone murder and massacre?

The same question applies to precarity of employment, defunding of welfare institutions, and neoliberal austerity generally, all of which are here lumped together with physical coercion. In orthodox Marxism, if such a thing still exists, expropriation may indeed be the correct term for each and every means of extracting value from people that is not technically exploitation–that is, roughly, not surplus value derived from waged labor. But the concept of expropriation cannot bear so much weight–in effect, the weight of the new social movements of the 70s and 80s, now reinvigorated, which as I see it Fraser is trying to assimilate to an equally reinvigorated Marxism. It should be possible to organize against all of these forms of coercive awfulness without pretending that each is the functional equivalent of corporeal brutality.

One disadvantage of Fraser’s analysis is the further implication that politics, which as Fraser says used to offer at least some shelter to “citizen-workers and free individuals,” no longer shelters them, or anyone, and thus (so the logic seems to go) is perhaps no longer pursuing. If expropriation has now been universalized, then everyone under the present system is as exposed to physical violence as the subjects of 19th century colonialism, for whom political institutions offered no protection at all. This is a version of the sensationalist rhetoric of “the 99%.” It forgets how many of the supposed 99% benefit from surplus extracted from others of the 99%, especially those living beyond our nation’s borders (see my book The Beneficiary), and how much they, which is say we, get from those transnational income streams. It treats democratic institutions, to the extent that they exist, as if they were simply a farce. (They are a farce, perhaps, but not simply.) It gives no credit to the working-class movement, which is of course much weakened today but which did much to build those institutions and still has visible achievements to point to–think of the weekend. Nothing short of capitalism’s overthrow seems to matter. If you prefer to clock in five days a week rather than six or seven, this should give you pause.

For all her clear-sightedness about their imperfections, Fraser has been a staunch defender of welfare and other democratic institutions, so I am probably being unfair to her here by suggesting implications of her argument that she herself does not choose to draw out. And the imbalance is all the more palpable in that I am so very appreciative of her paper’s most important implication: that racism is a historical phenomenon, hence historically variable and, most important, open to reform.

One further point to reflect on when considering the relationship between capitalism and racism: is mass incarceration a profit-making institution? I don’t have the hard evidence, but I suspect it is not significantly profit-making in terms of the commodities that prisoners produce. How much more can those commodities be worth over the cost of housing and guarding the prison population, which remains high even when prisoners are systematically mistreated? It seems more likely that the profit comes from the state: that sub-contracting imprisonment is a boondoggle by which corporations have made off with a lot of taxpayer dollars. In other words, the key player here is the state, but the key factor remains a form of culture–namely, racism– that predates both the state and capitalism itself. One might say, taking some distance from Fraser’s capitalism/ racism formulation, that culture, in the form of racism, has allowed unscrupulous politicians, often those most critical of the state, to allocate tax dollars to locking up people of color. Prisons would not have to be essential to the system’s profit-making mechanisms in order for this to work; locking up people of color would merely have to be popular, as it is, with a large section of the white electorate, some of which is also grateful for the jobs. And by this logic racism would not have to be a capitalist imperative. This would be, rather, an instance of the capitalist system taking advantage of what was already there: racism, sexism, and so on.

Does it follow that the system could go on working relatively well if racism and sexism were not there? The neoliberals are in bad faith, as Melinda Cooper has shown, in proposing that the system wants us all to become self-interested entrepreneurs. If adult women were to listen to the neoliberal ideologues and become so wholeheartedly self-interested and entrepreneurial as to cease the unpaid labor of taking care of their families, the system would collapse in a minute. In this sense, capitalism runs on love. Fraser would no doubt agree, though she resists Cooper’s suggestion that feminism as such, by contesting women’s traditional “family values” altruism, counts therefore as anti-capitalist. Social reproduction can also be commodified and subcontracted out. In any case, I’m not sure that sexism and racism are entirely analogous in the sense that the system depends equally on both. It’s that analogy that Fraser is perhaps subliminally trying to shore up. But the analogy need not be perfect in order for us to throw ourselves into the fight against both or to see that their victims are largely also capitalism’s victims.

Racism is often treated as if it were a natural phenomenon rather than a historical one. To say that a given collectivity has been racialized is of course to recognize the working of a historical process. But in ordinary usage racializing talk is not always much of an improvement over saying, in an older vocabulary, that supposedly racial qualities are in fact cultural stereotypes rather than biological facts. You need to go on to ask what if anything might make racism go away. If racialization is assumed, in practice if not in theory, to be irreversible and/or ineradicable, then it has not been truly seen as historical.

Fraser’s proposition, as I translate it for myself, is that while racism is real, it might also be residual – in other words, that while it is of course still there, and in some ways more present and more ugly than ever, it is no longer backed up by any structural imperative of the capitalist system. And if it is no longer backed up by any structural imperative of the capitalist system, then racism would be more open to the possibility of diminishment and even, ultimately, disappearance than it is usually assumed to be. This proposition seems likely to elicit a certain resistance. Even very militant anti-racists seem to operate in a state of self-contradiction to the extent that they do not want to accept the idea that they might ever conceivably succeed–that racism might be conquered, or even (more humbly) that the total quantity of racism in existence might be diminished by any quantity, however tiny. You can see the point of this in those who use the existence of anti-Semitism, say, as an excuse for defending the indefensible policies of the Israeli state. They genuinely do not want anti-Semitism to go away. Without this ancient form of racism, they would be speechless and identity-less. But they of all people should not be allowed to dictate our thinking about what racism is.

Bruce Robbins is Old Dominion Foundation Professor in the Humanities at Columbia University. His book The Beneficiary was recently published by Duke University Press.