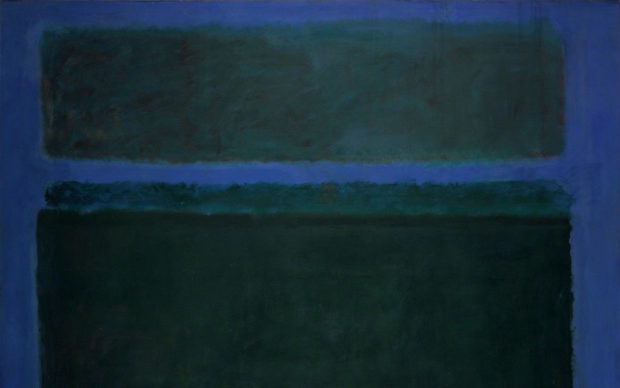 Welcome to Issue # 15 of POLITICS/LETTERS. We’re going through some changes here, but we’ll come out ahead. Just not of ourselves.

We lead with Nancy Fraser’s presidential address to the Eastern Division of the American Philosophical Society, which she delivered in January 2018, followed by three responses, from Barnaby Raine, a graduate student at Columbia, from the Racial Capitalism Working Group at Barnard College (Jordan T. Camp, Christina Heatherton, Manu Karuka), and Bruce Robbins, an associate editor of the magazine.

Fraser’s title—“Is Capitalism Necessarily Racist?”– is itself a provocation to leftists old and new. Once upon a time, wise liberal white men knew that economic progress would dissolve any racial animus or tribal antagonisms inherited from the benighted past. The most optimistic of these men designed an American Empire that, by spreading capitalism to every corner of the earth, would erase such vestigial properties of economic backwardness. It turned out that the highest stage of capitalism—the corporate (or monopoly) stage they sponsored—was also the epitome of white supremacy. Not just in the Belgian Congo, but also in the Jim Crow South, right here in River City.

In short, the development of capitalism amplified racism. The Old and the New Left agreed on that proposition, probably because they agreed on the role of slavery in funding the industrial revolution on both sides of the Atlantic. The agricultural raw materials furnished by the expropriation of indigenous land and of unpaid slave labor made the difference between Anglo-American and Asian responses to the urgent promptings of a world market.

But the role of racism under slavery and after became a matter of debate in the 1960s and 70s, even into the 80s and 90s, mainly due to Eugene Genovese’s strenuous interventions, which insisted, in good old Marxist fashion, on the priority of class (as against race) in understanding slavery as a labor system like any other, a matter of exploitation, and on the distinction between capitalism and slavery as modes of production.

Since then, that priority and that distinction have collapsed under the growing weight of scholarship that began with Paul Gilroy’s Black Atlantic. Class analysis has given way to critical race studies, and the notion of “racial capitalism” has erased any categorical difference between slavery and capitalism.

Fraser steps fearlessly into these troubled waters, using the concepts of expropriation and exploitation to connect capitalism and racism, and then to pry them apart. She argues that the condition of the exploitation of free labor—the possibility of the citizen worker—was the prior expropriation of unfree or unpaid labor performed by slaves or by females, both within the legal confines of the household. To that extent, capitalism, racism, and sexism were so thoroughly imbricated as to be inseparable.

But something new has happened under the regime of financialized capitalism, according to Fraser. Where there were once workers “merely” exploited because they were protected by racial, gender, and geographical boundaries against expropriation—and who could, therefore, mark themselves as free white men—there are now no limits to the invasive, accumulative powers of capital. This universalization of vulnerable subjectivity lays the social groundwork for a new struggle against both capitalism and racism (and sexism). The only impediment to that struggle is a kind of “cultural lag,” which Fraser calls “sedimented dispositions.”

Our respondents disagree with Fraser on many levels, not least on the possibility of a “nonracial capitalism.” But they do acknowledge the validity of her core argument, viz., racism, like capitalism or any other historical phenomenon, must be subject to periodization. Marxism is the necessary but not sufficient condition of that intellectual, and ultimately political, project.

May Hawas follows with a mediation on refugee literature, insisting that literature as such is no refuge from the world, but rather a way to give a fuck about it. She starts with Behrouz Boochani, the Kurdish-Iranian who has been detained without charges for years at Manu Island PNG. His novel, if that’s what it is, was written on a cell phone and pieced together by a translator. Whether fiction or not, it’s about the life of the refugee, as against the immigrant, the expat, the exile, or the émigré—the refugee is the person defined by confinement and exclusion, by extrusion from any nationality, rendered rightless by mere flight from a dangerous state. Hawas compares Boochani to George Seferis, whose cycle of poems retells the story of the Argonauts as if they, too, were in flight, driven to keep sailing not toward but away from danger, knowing that any refuge would stay too far distant. The politics of literature were never so fiercely stated.

Guarav Desai next takes us on a tour of Ivoryton, Connecticut, the center of the ivory trade between the US and Africa from the mid-19thto the mid-20thcentury. He begins with the piano, the “silent sarcophagus” that fills the room where Marlow and Kurtz converse at the end of Heart of Darkness, and then examines the ugly sources of this emblem of middle-class respectability—the trade through which, by David Livingstone’s estimate, five Africans died or were enslaved for every elephant tusk delivered to the coast for export. Ivoryton, which manufactured millions of piano keys, was a stop on the Underground Railroad and a bastion of abolitionist sentiment. It was also the beneficiary of a massive trade in slaves that lasted long after 1865. It’s still a thriving, prosperous community. Like Emerson—and more to the point, like Black Lives Matter—Desai reminds us that the trail of the serpent still crosses our paths, no matter how removed we are from the scene of original sin.

Three book reviews round out Issue # 15. Laura Kipnis, another associate editor of the magazine takes a long look at Jonathan Haidt & Greg Lukianoff, The Coddling of the American Mind, a book that seems determined to diagnose campus culture—more specifically, its fragility, its lack of robust debate over fundamentals—as a problem of social psychology. Kipnis, no fan of that culture, suggests that the authors have overlooked two crucial dimensions of the campuses they criticize. First, the new diversity inn higher education makes it harder to enunciate universal principles that might unite students in the pursuit of truth, or “ancient wisdom.” Second, and more important, the authors’ insistence on free speech as an absolute actually amplifies inequality on campus or elsewhere. The so-called free marketplace of ideas they advocate is as quaint a notion as the free marketplace in cable television, or in any other commodity. Some speakers—like, say, large corporations—have more resources than others. By the same token, professorial speech is better protected, and more easily heard, than that of students.

My review of Elizabeth Anderson’s Private Government takes up the problem of corporations as political entities capable of shaping, even dominating, the lives of their employees, on and off the job. Anderson cogently argues that the original theorists of market society, Adam Smith among them, never envisioned a labor market that would make abject dependents of working men and women. They didn’t see the industrial revolution coming. I disagree with Anderson’s claim that wage labor on the scale now practiced in advanced capitalist countries is tantamount to slavery. In other words, I think she ignores the question of time and social labor—”the historical and moral element” in the making of wages, as Marx put it—but the importance of her argument in these times can’t be exaggerated.

And finally, John Plotz reviews Francis Mulhern’s Figures of Catastrophe, which explains, in high Arnoldian fashion, how the “condition of culture” novel worked in 19thand 20thcentury England—that is, a genre of prose fiction that consciously bracketed or resisted “the active historical presence of the working class.” Plotz thinks the generic boundaries of Jude the Obscureor Howard’s Endare more porous than Mulhern’s categorization can acknowledge, but he applauds the new literary insights it provides.

John McClure concludes #15 with a sober, bracing analysis of the recent Spanish elections, which cemented a center-left coalition of parties and voters without mandating a single programmatic approach to the still-pressing issues of immigration, redistribution, and EU integration.  He’s neither optimistic nor pessimistic, but he gives us good reasons to be either.