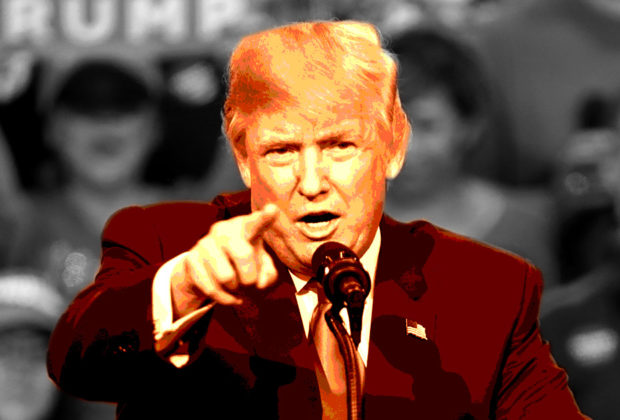 The Year of Trump

That general sigh you hear everywhere is recognition that the one-year mark is here not only for Donald Trump as president, but for the rest of us as increasingly beleaguered citizens.

We’ve already had more than enough of official lies, of alternative facts, of the indiscriminate spray of insults mixed with rising incidents of hate, of America First and Trump even more First.

The idea of this going on for three more years – even seven more years – fills the heart with dread. Even the idea that it may all collapse in a special counsel prosecution of obstruction of justice even seems a dreadful prospect that will usher in more division, more name-calling, more confrontations, this time on the country’s streets with gun-toting toughs.

Really, can you name 18 Republican senators who will vote for impeachment?

One year. What have you learned; what have we become? Are we, any of us outside of a handful of billionaires, better off than we were before this Trump nightmare started?

I’m no defeatist, but I’ve got to say, this one year of Trump is testing everything I’ve got. And on every day, I feel as if I’m further away from anything resembling reason and logic, hell, even cohesive thought. Instead, we find ourselves inside an arcade pinball machine, bumping our way along some kind of impulse-driven game board, with trap doors and TILT messages flashing everywhere as the leadership of the United States of America crashes through tradition and propriety in an ever-strengthening hold on liberties. The soundtrack for all this is the drone of Donald Trump, twisting fact and policy to help himself and his friends in a strange anointment of self as the only Truth to follow.

It all ceased as funny months ago. Now the obvious question is how far the damage will go and whether we will recognize ourselves when it inevitably grinds to an end.

I started this blog a year ago, upon Trump’s election. A friend had asked me what we, as journalists could do, and I told myself I could help by showing, by emphasizing, maybe persuading, by looking at the shortcomings or greatness of particular news reports. A year later, I realize I write as cheap therapy, to help me keep sane during what looks to me to be an era of severe decline that makes me worry for following generations.

You could start with America’s place in the world or in the safety of the American kitchen to ask how things have worsened. You’ll end up in the same place. Despite the millions of words and slogans, America First means Trump First and Last.

You could talk taxes and budget cuts, ethical leadership, international dealsmanship or the still-increasing wage gap between owners and workers. It all translates in the end to this: Trump as president is someone who takes care of Trump, and stomps on everyone else. The Art of the Schlemiel has been freely translated into destroying trade agreements, military alliances with Europe, and disdain for those in need of help across the board.

The ultimate self-described Populist has proved anything but. He has padded his own nest, has decided selectively even to hear various advisers, has rolled over Congress and taken money from my pocket to reward the rich. He is the reverse Robin Hood, taking from the most vulnerable and giving to those who have so much they don’t know what to do with it all. He lies as he breathes; he limits his brain intake to Fox & Friends television commentary, which in turn, plays to his ego.  Even his insistence on wishing people a specific Merry Christmas comes with a sneer for the idea that increasing numbers of Americans don’t celebrate the holiday. It has become a tiny way that he handles all questions of presiding over a seriously divided country.

In an era of solar and wind development, he turns to help coal mine owners, even as he cuts out health care for miners who surely will become ill. He promotes coal mines that cannot find American markets, and so turn to industrial coals that only have value overseas – even as he talks of building American jobs and economies. He salutes an American business owner who grudgingly agrees to remain in Indiana upon payment of millions of dollars in incentives, only to turn away as that same business owner lays off hundreds and sends nearly a thousand jobs to Mexico’s cheaper labor market.

The list goes on and on. He turns away from electric cars just as other countries are setting regulations to insist on buying them, guaranteeing China’s leadership in yet another emerging market. He thinks national parks and monuments ought to be turned into mining and oil drilling sites, and that all policy-making in Washington ought to be limited to his signature on the most general, non-thought-out policies possible.

Tell me, do you feel safer today than you did a year ago? Do you feel that American interests are being served by breaking up European markets? Do you think that crushing a bunch of ISIS fighters using the world’s biggest, baddest military in a broken Syria will settle international terrorism? Tell me, do you know that we have 1,000 troops in Niger or what we’re doing to “win” in Afghanistan after two decades of war there?

Tell me, do you think we’ve stopped Russia from trying to tinker with our elections? Have we succeeded in lining up a China-led coalition to stop North Korea? Have we built the Wall?

How are you benefitting from cutting corporate taxes? For the price of a television, do you feel better that we can now cut out health insurance for tens of millions, we can cut Medicaid, Medicare, food stamps and child health programs? Will we be better off when we eliminate grants to artists and humanists, when we eliminate Science as a basis for thinking about climate or environmental policy? Were we really waiting for a savior to destroy environmental and consumer protections? Did we think Big Business really needs a hand from the taxpayer? After seeing a stock market rise by 25% in a year, how much faster do we need an economy to grow while still not promising more actual jobs?

Can you tell neighbors who are Muslim or Jews, who are black and brown, who may not have billions that they are better off in a country with rising hate crimes? Can you tell parents who are struggling to care and feed their families that next year they can qualify for an increase in their tax credits? Tell me, what do I tell my ESL class of new immigrants about what they face in this country if they leave the confines of Washington Heights or the Bronx? Do you think we’re improving by destroying public schools and elongating time in poverty?

Are we better off with censorship of Science and factual evidence in policy-making?

In a single year, President Donald Trump has forced Orwellian-style lies on us, leaving us awash in statements about “fake news,” about how killing piles of environmental rules will leave us healthier, how tax bills designed for the rich will help those in the middle. It is not bad enough bor him to push failed policy–he insists on, describing friends as foes, on making the dangerous sound healthy and calling on things to be “great” simply because he has proclaimed them. He has depended on choosing nearly total white, rich, males to set his policies, and he has amply thrown people out or under his bus for the slightest show of criticism. His judicial nominees after Neil Gorsuch have included men who have never been in a courtroom, his secretaries of education, energy, interior and the EPA all have represented people who are against the purpose of the agencies involved. He has insisted on believing no credo but self.

At worst and for longstanding impact, Donald Trump has proved a slayer of hope

In his assumed hatred for immigrants, the aspiration toward attaining the American Dream has taken a series of body blows.

People like me feel less secure, less safe, less prosperous, and less hopeful. That is the crop from Year One. There is more to come to Make America Great Again, at least for white men of an age who can simply deny that they were abusers. We have a man as president who has no ethics, no political center, no moral sense.

Yet my worry is not for what he will wreak. I am more worried about us, and whether we can overcome what is being done to us. We have a challenge.

Trump’s year should show us that we must work harder to stay human.