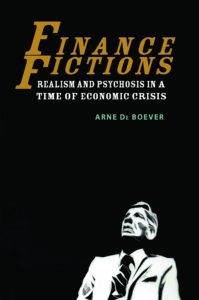 On April 23rd, 2013, the Associated Press Twitter account announced that two explosions had damaged the White House, injuring then-president Barack Obama. At that point, nobody knew how badly, but the reports were enough to cause panic.

In the end, of course, nobody would ever know what happened, because it hadn’t. (Except for the panic, but that was only a market panic.) At least, it hadn’t happened in this reality. But in a certain sense, an alternate and extra-human reality was created by this errant tweet, which resulted from a hack of the AP’s account claimed by Assad loyalists in Syria. As human participants watched and reacted, high-frequency-trading algorithms (HFTs) had waged a brief, furious, invisible war that ultimately tanked the Dow Industrial Average by 146 points, or around 1%, over just a few minutes.

The collapse and its causes were hardly unprecedented. It had been preceded, to name just the best known, by the “flash crash” of 2010 in which one trader’s unattended algorithm wiped out $1 trillion of “value,” as well as an incident in 2012 when another rogue program lost Knight Capital $440 million in forty-five minutes (almost $10 million per minute). If anything became clearer as a result of these automated panics, it was this: while flash crashes begin and end on a scale that can be comprehended by people, in the middle they enter a black box, or a black hole, that moves too fast to be followed in real time and is driven largely by algorithms and artificial intelligences.

In his new book Finance Fictions: Realism and Psychosis in a Time of Economic Crisis, Arne De Boever asks whether and how an economic reality that seems to defy representation can be captured by realist fiction, which he defines broadly as fiction that seeks “to give an account of the world.” His answer is that the only realism able to represent contemporary finance is a realism of psychosis. This doesn’t mean an experimental fiction that mirrors psychosis formally in a postmodernist sense, though he claims that this new realism has learned something from postmodernism in the former’s attempts to capture the “real.” Rather, the psychosis is a feature of finance itself, and thus De Boever’s gaze falls on “realist account[s] of psychotic finance.”

Calling finance “psychotic” might seem glib, but De Boever means it in a strict Freudian sense. Where the realist novel is fundamentally neurotic, repressing the Id to affirm reality, finance’s psychosis lets the Id run wild and assert its own reality. Realism and finance, the book’s founding terms, are thus locked in what would appear to be an irreconcilable tension. The accumulation of detail that defines realism would seem to neurotically assert a stable reality, but in the case of financial realism, the reality it asserts is itself filled by the reality-denying maneuvers of finance, in which trade is always further dematerialized. The realist novel’s encounter with finance thus pushes it “outside of its neurotic, reality-affirming framework,” its neurosis, and into a reality-suppressing psychosis.

Money itself is inherently psychotic, in that it asserts an imaginary value unconnected to material reality, but finance takes it to its logical extreme.[1] While one might trace the beginnings of finance to the opening of the London and New York stock exchanges at the beginning of the nineteenth century, it is not until the final third of the twentieth century that the psychosis really comes into its own. De Boever takes as his starting point the “Nixon shock” of 1971, when the dollar was taken off the gold standard and money was “restored…to its speculative origins.” The result has been intensified speculation in the form of arcane and heavily acronymed financial instruments like collateralized debt obligations (CDOs) and credit default swaps (CDSs). As these financial instruments become more complex they become “darker” in the sense of resisting observation, and thus by De Boever’s account come to constitute a more and more separate reality that he calls a “financial universe” defined by black holes and black boxes. This psychotic alternate reality is inaccessible except through speculation and mathematics.

It is thus no coincidence that realist novels attempting to represent contemporary finance often do so by way of psychotic protagonists like Tyler Durden of Fight Club or Patrick Bateman of American Psycho, both of whom figure prominently in Finance Fictions: the psychosis in finance leads to psychosis in those closest to it (and thus furthest from the “real”). At the same time, the finance novel is unremittingly realist, often seeming to obsess over the technical intricacies of finance. It is an aesthetic tension, but one that describes finance itself: caught between dullness and madness.

Ultimately, though, the subtitular framing of De Boever’s analysis, “realism and psychosis,” is a little misleading. By book’s end, he is more interested in a new realism’s attempts to capture the slippery realities of finance in ways that go beyond psychosis, and the term becomes strained as the chapters progress. The psychosis concept risks inhibiting De Boever’s more expansive view of finance fiction’s realism-of-unreality, a view eventually linked to speculative realism. This broader account moves from psychosis to Quentin Meillassoux’s theory of an “extro-science fiction” to the art novels of Michel Houellebecq and Ben Lerner. The middle stage of this progression may be the most persuasive and engaging. “Extro-science fiction,” in contrast to science-fiction’s projected futures that remain understandable by science, imagines realities that exceed scientific knowledge and consciousness altogether, a form that finds an apt context in the “financial universe” of high-frequency trading.

Perhaps not coincidentally, it is also in this section that De Boever’s source material, in Robert Harris’s The Fear Index, is most directly related to finance, which is curiously distant in some of his other readings. We are told several times over that a given work (like Bonfire of the Vanities, Fight Club, and American Psycho) is only tangentially “about” finance, which prevents his insights about psychosis from fully landing as analyses of finance fiction as a genre. Plus, the only finance fictions he discusses are those written after or around 1971—for reasons explained above, but which still leaves out plenty in the history of literature and finance. His relation of realism, psychosis, and finance in fiction since 1971 could easily apply to works from the beginning of the twentieth century or earlier, which is a testament to the theory itself even as it begs for a broader historical scope. Theodore Dreiser’s The Financier (1912) and Frank Norris’s The Octopus (1901) and The Pit (1903) come to mind as early and well-known examples that could have been included.[2]

Extending the temporal bounds of the project would seem to trouble De Boever’s claim of an “intensification” of speculation after 1971, of course—but then, maybe this timeline ought to be troubled, and the mature psychosis of finance runs deeper into its history than even De Boever suggests. Perhaps the most remarkable thing about the flash crashes of the past decade, when considered in a broader historical context, is just how long we have been living in this psychotic reality. High time to ask, then, as De Boever does in his conclusion, “what is stopping us from…rewriting the finance fictions that, all too often, appear to be writing us?”

[1] We can already see the seeds of this reality-suppression in Marx’s analysis of the commodity, in which exchange—M-C-M’, money produces a commodity which is sold for more money—naturally leads to financialization, or money producing more money—M-M’. As with any text dealing closely with financialization, Finance Fictions returns to this formulation many times over.

[2] Though they are naturalist novels, by De Boever’s definition of seeking “to account for the world” they would represent an experimental offshoot of realism, and both involve a degree of reality-defying and even reality-creating psychosis. Other recent studies of finance and literature go even further back to focus on Victorian literature.