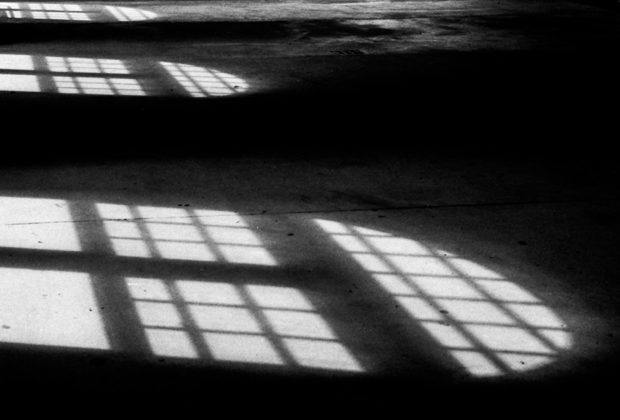 Registering Queerness: The Intersection of Sexuality and Criminality

Despite the Supreme Court’s landmark marriage equality ruling in 2015, queer and trans people’s ability to freely express our gender and sexual identities remains under attack in the United States; and in 2018, the criminal justice system is the front-line. Queer and trans people are more likely to be incarcerated for sex crimes rather than crimes related to property, drugs, or community supervision violations. Sex offender registration and notification (SORN) policies threaten a disproportionate number of queer and trans people with a lifetime of stigmatization, prejudice, and inequality. It’s not a recent development either.

Law enforcement officials invariably applied the law selectively. For example, when the civil rights leader Bayard Rustin was arrested for giving consensual oral sex to two men in the back seat of a car in 1953, he was booked on a “morals” charge. After pleading guilty to misdemeanor lewd vagrancy, Rustin spent 60 days in jail and was registered as a “sex offender.” In contrast, the protocol for straight couples discovered engaging in public sex was usually to chastise them and send them on their way. Following his arrest, Rustin remarked that “Sex must be sublimated if I am to live in the world longer.” His conviction exemplified the use of sex offender registries, then as now, as a technology to discipline and erase queer and trans sexualities.

Queer and trans people have been targeted in a number of other ways since the middle of the last century. During the 50s and 60s, law enforcement commonly prosecuted men cruising in parks, restrooms, and other out of the way places looking for or having secret encounters with other men. One common police tactic was to have officers discretely impersonate gay men in places like bathhouses and bars, and entrap the patrons in criminal acts.

These aren’t simply a relic of an ignorant past. Since 2007, law enforcement officials in eleven states have conducted cruising stings. One of the most recent, in August 2017, dubbed Operation Mangroves, netted 45 men engaging in consensual sexual activity in Martin County, Florida. Police departments will often select their more attractive officers, dress them in sexy outfits, and strategically place them in areas known for cruising. Texas officials even went so far as to dress in Speedos and suggestive T-shirts. Once on location, the decoy signals an interest in sexual activity and then arrests anyone who responds. Cruising stings raise questions about legitimate policing practices since they encourage illegal behavior, but they also raise the question of credibility. Often the only witnesses to this illicit behavior are the officers themselves.

Entrapment has also moved onto the Internet. There have also been online stings on adult dating sites like Adam4Adam and Grindr. Four Michigan men, aged 18, 20, 24, and 27, were convicted for sex crimes against a minor after they engaged in sexual activity with a 15-year-old who claimed to be of legal age. Two Utah men were arrested on similar charges. In the Utah case, the hook-up occurred in the hotel bathroom while the minor’s parents slept in the next room.

Superficially, these cases seem straightforward: Adults had sex with minors legally incapable of consent. Upon further consideration, incidents like this are, in fact, far more complex, and it should be possible to address that complexity without victim blaming or shifting responsibility. Queer and trans youth must often explore their sexuality in a cloud of repression and ignorance. One of the greatest challenges they face is how to learn about the queer facts of life when coming out is itself fraught and traumatic. Parents of gay teens are often hesitant to discuss sex with their teens, or they don’t know how, or they don’t know their teens are gay.

Moreover, only 24 states require sexual education in public schools, and where they exist, policies are wildly inconsistent. As late as 2014, South Carolina, Alabama, and Texas required public schools to provide only negative information on same-sex relationships. With intensifying conservative assaults on queer and trans rights and on sexual education since then, sexual ignorance is inevitable. This ignorance has profound legal repercussions.

Without the means to openly discuss sex, teens will find other covert outlets to express their sexuality, and dating apps like Grindr, which provide a certain element of anonymity, can be one of those outlets. The age restrictions on Grindr and other apps are easy to circumvent. At the click of a button a user can become of legal age, thus opening a world where countless (and often shirtless) men await their curiosity and desire, often putting them in unknowing legal peril.

It doesn’t end there either. Failure to disclose your HIV status can also result in incarceration and registration as a “sex offender” under 6 states’ specific HIV criminal laws. Very few people convicted under these laws are accused of transmitting HIV to their sexual partner. In 2008, Nick Rhoades was sentenced, at 25 years old, to a lengthy prison sentence and sex offender registration for failing to disclose his HIV status to a male partner. Rhoades used a condom, had an undetectable viral load, and didn’t transmit HIV to his sexual partner, but he was still incarcerated and registered until the Iowa Supreme Court overturned his conviction. The mere possibility of contracting HIV – not actually transmitting it – is the only requirement for conviction in most states.

Unsurprisingly, law enforcement officials were more likely to discriminatorily apply the CANS to transwomen and women of color – revealing the racism, sexism, and transmisogyny underlying this law. Nearly 900 people on Louisiana’s registry, prior to 2013, consisted of people convicted for a CANS offense. In Orleans Parish alone, nearly 40% of their registrants were registered for a CANS offense. Courts overturned the CANS in Louisiana in 2013, but other states haven’t followed suit and the convictions don’t disappear upon crossing state lines.

Queer and trans youth are not exempt from the biased criminalization of sex crimes, a cruel irony given that SORN policies were enacted to protect children from dangerous predators. Many states make an unfortunate effort to prevent adolescents from engaging in sexual contact, even if it’s consensual. The report Hidden Injustice: Lesbian, Gay, Bisexual, and Transgender Youth in Juvenile Courts documents how queer and trans youth are disproportionately charged and adjudicated for sex offenses, forced to undergo sex offender treatment and submit to sex offender risk assessment even in cases not involving sex offenses. This isn’t surprising, as over half of adults disapprove of teenage sexual activity. Yet despite public opinion and the legal consequences, a majority of teens continue to engage in sexual activity.

Most states recognize that consensual sexual acts between teens will happen, but their protections are selective. Romeo and Juliet laws don’t require a higher age of consent for queer and trans youth, but in at least Texas, they’re specifically excluded from protection. Texas criminalizes sexual contact with any person younger than 17, even if both parties are teens themselves. Fortunately, there’s a bit of legal leeway if the parties have a three-year age gap, but if it is two Romeos or two Juliets, the leeway disappears.

The Texas Penal Code specifically requires adolescents to be “of the opposite sex” for the Romeo and Juliet protection to be applicable. This means queer and trans youth can face jail time, a felony offense, and sex offender registration for the same sexual act that their straight peer would be protected against. Sex offender registration creates numerous collateral consequences ranging from trouble obtaining employment to difficulty in securing housing. In other words, Romeo and Juliet protections unfairly saddle queer and trans youth with life-long repercussions before they have the maturity to understand the consequences of their actions.

The consequences of these discriminatory policing and enforcement tactics are public humiliation, sex offender registration, and incarceration. SORN policies can harm not only the registrants, but also their families and loved ones. Publicizing each registrant’s photo, home and employment address, conviction record, and other identifying information has exposed registrants and their loved ones to homelessness, unemployment, harassment, public humiliation, and vigilante justice with few options for release from registration obligations.

The proliferation of sex offender registries cannot merely be seen as a technology to prevent and punish sexual wrongdoing, though arguments for their expansion are often couched in those terms. While there’s no denying that violent and coercive sexual behavior is harmful, registries are often tools used to criminalize and discipline sexual behaviors that fall outside socially prescribed norms.

While other crimes might be rehabilitated, the dominant cultural notion is that sexual transgressions are an expression of the offender’s innate depravity and are thus irredeemable. Moreover, our popular culture continually reinforces the idea that the acceptable gay man is a paragon of respectability: desexualized, domesticated and insulated from any whiff of impropriety. Consequently, mainstream queer and trans organizations barely recognize the criminalization of our community, let alone for those convicted for sex crimes. They have serious incentives to adopt and promote the dominant political and social rhetoric; their political capital depends on it. Rustin was largely erased from the history books because of his conviction. Political opponents attacked him as a “pervert” and “immoral influence,” and his fellow leaders felt his presence would detract from the civil rights movement. Stigmatizing and othering Rustin as a sexual criminal severely limited his advocacy career.

Many queer and trans people, as activist Bill Dobbs notes in The Devil in Gay Inc., “intersect with the criminal justice system in all kinds of ways. But when one of us gets convicted of a crime, the leadership goes mute. The focus on victims has blinded us to serious injustices.” It is left to inadequately-funded radical and grassroots organizations and activists to spread awareness about the cruel and unusual punishments that the prison industrial complex inflicts on queer and trans lives. Yet this kind of organizing is almost nonexistent for queer and trans people, especially those convicted of sex crimes. Consequently, formerly incarcerated queer and trans people are left politically and socially powerless.

If we are to achieve full equality, we must acknowledge the uncomfortable realities of homo- and transphobia in the criminal legal system – especially the policing of sexuality. Queer and trans people should resist the faulty logic of sexual freedom and presumed dangerousness. Our understanding of systemic discrimination and prejudice demands that we lend a more sympathetic ear to the problem of sexual violence and its associated injustices. Otherwise, what are we fighting for?

David Booth is a social justice advocate and activist dedicated in the movements for prison abolition and sex offense policy reform. He is the Executive Director and founder of the Sex Law and Policy (SLAP) Center, a nonprofit working to educate about and advocate for sex offense policy reform. Recognizing that registries are ineffective policy tools, SLAP Center works to break down stigmas and change the narrative around people convicted for sex crimes- especially those surrounding queer and trans registrants. He also volunteers his time serving on the Leadership Circle for Black and Pink, the National LGBT/HIV Criminal Justice Working Group, and as a Beyond the Bars Fellow at Columbia University. David believes no one is disposable and strives to uproot all forms of oppression so that queer and transfolk can live safe, full, and beautiful lives free from the grasp of the prison industrial complex.