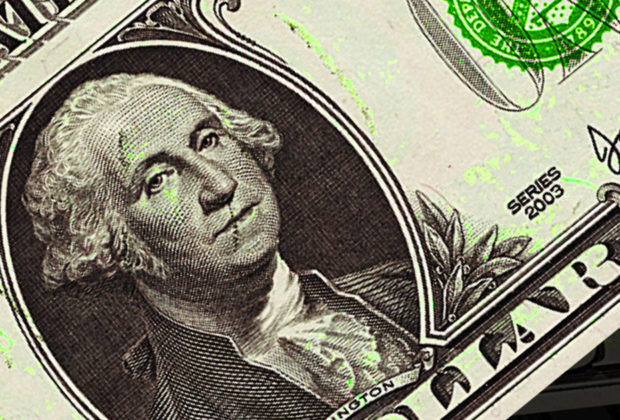 The History of the World, Part 2

Tell me if I’m wrong. I want to be wrong. Humor me for now: It’s too stupid to make up. Because friends, this song has the same refrain: another big shakeup.

Rumors slash financial facts have it that we’re caught in a dazing cycle to fry our brains – and a couple dumb college kids like me gotta shout about how to change our ways before this amazing maze we keep waking up in goes and stays with no way out.

We might not have the political clout, but don’t doubt it. The 21st century’s searching for a new layout to build from the bottom-up: something besides the Lame Old World of the ‘free’-market sub-prime bailout.

Frankly, we don’t wanna hear civilization smash and wail because we can’t afford another crash – Or see hails of Alt-Righters stage another all-nighter breaking glass, taking out angst on the fiscal firefighters until the think-tanks in Washington and Wall Street can’t beat the heat, and the cash blaze burns another hole in my ass, or wallet – whatever you wanna call it. I’m not an economic-comic, even though trickle-down is a pretty sick joke.

But how do we face it all if we don’t know how the system got broke?

If 2017 is the punchline, we gotta make like historians, retrace our steps, and set up tomorrow  back from the start…

…You know, that part when growth went up, death-by-lion down. We unconsciously formed the market, and marked it the mark of commodities monetized at last; an unplanned plan born fully-formed from the heads of some bearded old guys in towns ages past.

Because when we took humans crushed under the heels of The Man – and protested that, while the big wheels keep turning, if the slings and arrows that bring outrageous fortune get spent on rent today, they’ll reap a new range of crops from the ashes once the Bubonically-boiled Old World stopped burning.

That’s when we got upward mobility moving! The un-serfed serfs toiled and slept, proving their yearning to earn and cache cash for tomorrow, developing a before-death work ethic that both started and kept on converting freedom out of sorrow.

Disaster fed the need for a force the crowns and “M’lords” didn’t have to coerce. This was one radical change that redefined labor – or so claimed our boys Dobb, Hegel, and Weber.

The word got spread as what the bourgeois spenders lended was heard. Our ancestors reacted by dragging some compounded progress out of unfounded, traditional systems of habit…

Except; wait: somehow, the means ended up getting crossed and split apart at the seams once a bunch of oligarchic corporatists sprouted up paradigmatically and grabbed it – industry titans systematically took back the reins by shouting about the efficiency of a morality dissonant from reality.

And now, the New Money Men are frightening decency with fiscal belt-tightening schemes hatched to keep reaping from tax shelters after historically cyclical storms, manipulating the norms of our socio-cultural narrative, over and over, to keep their good gig going by:

2: kicking in doors to keep the black gold flowing;

4: Flouting law and order to not get locked up where the caged bird’s collar’s too tight to sing its notes.

And even though we know the market’s highs always wear off the next day, These Monopoly Man-looking motherfuckers are gonna crash it anyway!

Everyone’s a sheep to these wolves and their claws. How the do you outrun Time while it’s closing its jaws?

Pause. Isn’t all this sound and fury getting very Us vs. Them?

It’s not eat the rich, it’s feed the poor. We’ve seen what’s in store when sailors take up arms against a sea of troubles in St. Petersburg; when The Worker wakes up and makes up another plan to shake up the Man, only to get gulags and genocides and collectivist regimes just as bad as fascist schemes that write out left-out souls from the spectrum of thinking once the next, new Great Leader missteps after a hard night of drinking.

Ladies and Gentlemen, this is America: we aren’t caged rats stuck on a ship that’s sinking.

We’re alive. Life is the envy of all the dead.

Even though this struggle wasn’t our choosing, can you still remember that life is worth losing? Sure, we’re all small, and scared, and aging, and dying. When we’re born, we cry that we’ve come to this great stage of fools. Fine. Reform unjust rules; what’s the harm in trying? Even if disaster’s ahead, can you master some way to rise up, and wise up, and break the cycle instead?

Keep speaking. Disagree? Use words to stop what might be or not be. Futile? Maybe. Feudal? Not anymore. Nothing will come of nothing: speak again. Maybe enough steps forward can guide us through the night. The only way through a Great Depression is dragging each other, one day at a time, towards that green light: the one we’re told to chase alone as we beat our boats on, borne back ceaselessly into the past—

And to all the haters who say cynically that a team effort will fail, and all hope is lost: not if you can forgive those frail old Money Men, and show them the cost of thinking greed is good.

As it’s historically understood, I mean. They’re all world players on a stage with many parts. Out of one comes many, and many come one – come all: the greatest show in the world, a big beautiful loading screen buffering until the next story starts, or just fades to black.

Who knows what happens after our last class ends in its finality; that narrowing alley where the refrain resets, or flickers out; casting us far from our rests; where angsts and cares suffer no boulders to best, no mountains to climb. Eternal Returns to the Now mindfully wipe as infinities split, and rivers we never step in twice unwind this weird fuckin’ dream called Life.

Yesterday, we said tomorrow. Tomorrow never comes. That truth is nothing new.

Sounds like…ah shit, sounds like we’ve got work to do.

George Bailey is the pseudonym of an undergraduate student at Rutgers University.