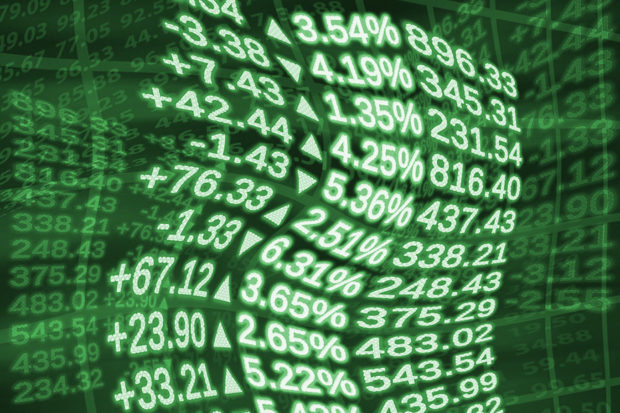 Paul Krugman’s recent column in the Times illuminates the central forces and salient features of late capitalism, not just the digital kind. He doesn’t acknowledge that these forces and features have been around for a hundred years now, over-determining the “financialization” of the economy, also causing the Great Depression and its distant echo, the Great Recession. You have to wonder why, because John Maynard Keynes, the intellectual godfather of Krugman’s own methods and attitudes, noticed these forces and features as early as 1930, in his 2-volume Treatise on Money. My guess is that the disjuncture between economic theory and economic history has become an unbridgeable gap, comparable to what has happened in philosophy, and even in history itself, where “theory” outside of Foucault presents itself as a symptom of the abstractions specific to the philosophy of history.

For example, Milton Friedman’s account of the Great Depression—mistakes were made at the Fed, so that a financial fix for a normal business cycle was unavailable in addressing the circumstances of 1929-31—is now the regnant history of that event. It makes no sense unless you accept a monetarist theory of growth and crisis management. Yet even Krugman, no friend of Friedman’s, takes it for granted.

So what, then, are these forces and features? Let’s see. Economic growth—increases in productivity, incomes, and output—no longer requires net private investment, which presupposed savings in the form of profits. That is, new investment in plant and equipment, with all the demand on labor that once entailed (somebody had to build the plant and equipment, and somebody had to operate it), no longer drives growth. The old scenario, whereby new investment creates jobs, higher per capita incomes, more demand for goods, creating a feedback loop that benefits both capital and labor, is moot. Growth requires neither increased deployment of capital nor increased employment of labor. So capitalism as such is moot. Or is it over?

Why? At a certain point in the 20th century, in the 1920s, the mere replacement of existing plant and equipment out of depreciation funds—what companies budgeted for repair and maintenance of their capital stock—was enough to improve the productivity and output of the existing labor force. New, net investment out of profits, became redundant, and so did the hiring of more labor to build and operate that capital stock, the proverbial plant and equipment.

That is when the “financialization” of the American economy happened—that is, a stage of development where goods production (the “real economy”) became less and less important to the measurement of GDP. Between 1919 and 1929, economists measured a net loss of 2 million jobs in manufacturing, mining, and transportation, with the predictable effects on the distribution of national income between capital and labor. Meanwhile they measured significantly higher profits for industrial corporations—and noticed that, since these corporations had no use for such profits in expanding productivity and output, they placed them as call loans in the stock market, or stuck them in time deposits in the banks (rendering these once-industrial assets as new dimensions of finance capital, to the tune of roughly $16 billion).

Like I said, Keynes understood this unprecedented set of developments. From the Treatise he went on to his canonical essay of 1930, “Economic Possibilities for Our Granchildren,” and to a much-less cited in The New Republic, in 1932, “The Dilemma of Modern Socialism,” where he argued that the Great Depression had revealed the infrastructure of an economy now materially capable of realizing the “ideal society.”

Here are the crucial paragraphs in Krugman’s column:

“The story tax-cut boosters tell runs as follows: America is part of a global capital market in which capital flows wherever it yields the highest after-tax rate of return. By cutting taxes on corporations, Trump and his allies have given corporations an incentive to invest here. Investment will expand capacity, driving up the demand for workers and thus lead to higher wages. . . .

“What would make a difference would be if Apple chose to spend more on actual stuff: hiring more workers, building new structures, installing more equipment. But it isn’t doing any of these things. Instead, this week it announced that it’s buying back $100 billion of its own stock, which is good for stockholders but does nothing for workers. Lots of other companies are doing the same thing.

“And at a deeper level, tax-cut enthusiasts may have a fundamentally out-of-date view about where profits come from.

“In the world according to Trump officials, or right-wing think tanks like the Tax Foundation, corporate profits are basically a return on physical capital — on bricks and mortar and machines. Cut taxes, and companies will add more physical capital, increasing competition for labor, and profits will go down while wages go up.

“Apple, however, is nothing like that. Its profits come from its market position—its brand, if you like. It doesn’t matter whether you think it deserves its role as a quasi-monopolist; what matters is that given its position, it can and does charge what the market will bear, pretty much regardless of costs. If Trump cuts its taxes, it gets to keep more of its profits, but it has no real incentive to change its behavior by, say, building more Apple stores. It just takes the extra money and either sits on it or hands it back to stockholders via buybacks.

“And these days a lot of corporate America is at least a bit like Apple.”

Yeah, these days. For a lot of days—since 1919. That’s not a complaint issued by an economic historian against an economic theorist. That’s a complaint about the lack of historical consciousness when it comes to thinking about corporate capitalism. In these terms, historians are no less culpable and no less capable than economists of forgetting the past.

Go further. Full employment (and then some) has arrived, the stock market thrives, and yet income inequality stays the same, or gets worse. So much for the arguments on behalf of full employment which insist that workers have more leverage when the reserve army of the unemployed is depleted. It gets worse. The rate of job creation is still abysmal (0.6 percent 2000-2016), the jobs that have been created don’t pay a living wage—the gig economy and all that—and the $15 an hour minimum wage movement can’t get fast food workers, or anybody else, above the poverty line unless it can force the franchises to give their employees more than 29 hours a week.

So the stock market thrives precisely because income inequality stays the same, or gets worse. Corporations like Apple park their profits with the banks, and the banks in turn, now unconstrained by Glass-Steagall, place bets on “emerging markets” here and abroad, because there’s nothing else to do with them. Just like they did in the 1920s.

Think about it from the standpoint of industrial capital, where goods production once resided. Do you reinvest your profits to expand output and productivity? Don’t be silly, you don’t need those profits for any such expansion, and besides, where would you sell the increased volume of goods in view of income inequality (and other trends: see Thomas Piketty)?

Design a merger or acquisition of downstream companies, and borrow to do it even though you’re sitting on mountains of money, oceans of redundant profits? Now we’re talking. Or just remand those “earnings” to the bankers who can get you highest return, no matter what the risk? Probably the best bet, because the quarterly statement and the annual report will now bulge with excess and you can declare big dividends without risking a hostile takeover.

So it goes. We’re the captives of the banks because corporations as such—not just Apple—don’t need the profits they generate from the production and distribution of goods, except to advertise their status as going concerns. What, then, is the point of rewarding them for seeking profit for shareholders?

If we know that the banks are now the epicenter of the economy due to “financialization,” and if we also know that we, all us taxpayers, stand as the guarantors of their “assets,” whether through the FDIC or TARP, which bailed out the big fish, then our political responsibility, as we, he people, becomes the socialization of those assets, turning them from the pursuit of profit to the achievement of larger, social goals.