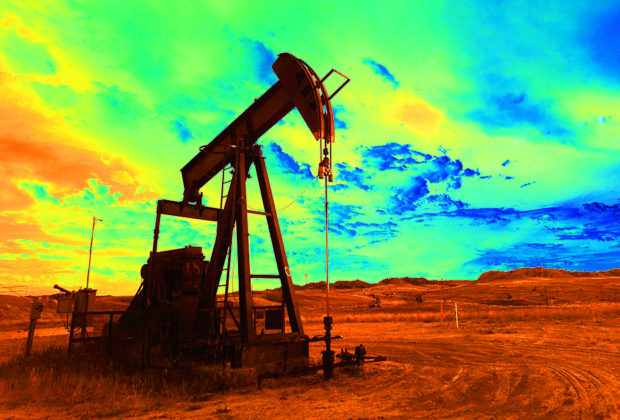 Climate change is real. While the President may or may not still believe that climate change is a hoax perpetrated by China, 97% of climate scientists agree that the atmosphere and oceans are warming, ice is diminishing, and the situation poses a great danger to life on this planet. Groups like the American Meteorological Society (AMS) and the Intergovernmental Panel on Climate Change (IPCC) describe the evidence as “unequivocal.” Though climate denialism persists along sharp ideological lines, the scientific consensus is overwhelming and not even remotely in question. Moreover, scientists also agree on the culprit: human activities.

In short, climate change is real, dangerous, and we’re causing it. That much is very clear. But what moral concerns stem from this reality? Who is responsible for a problem famously described by the philosopher Stephen M. Gardiner as a “perfect moral storm”? Above all, what should we do about it?

Nothing, according to my students.

Given the curricular emphases of my current employer, such an attitude isn’t surprising. Petroleum Engineering is the most popular major at Montana Tech and many of my students will go on to work for some of the biggest polluters in the country. Halliburton and ConocoPhillips advertise on campus and have invested heavily in the school, often in the form of endowed professorships and access to research technology. ConocoPhillips’s CEO, Ryan Lance, is an alumnus and in 2015 he gave the school a gift of $1,000,000. In return for this largesse, the school reliably churns out generation after generation of oil professionals.

Scientists are no less vulnerable to the seduction of power than anyone else. Nationwide, climate denial among scientists correlates with ties to the fossil fuel industry and I am at least anecdotally aware of deniers among the faculty here. While 97% of climate scientists believe that humans are driving the problem, that percentage drops precipitously when one asks scientists pursuing research of a commercial orientation. It wouldn’t be inaccurate to describe this as a fossil fuel-industrial complex. But the problem runs much deeper than crude economics; a popular bumper sticker around campus bluntly asserts, “Coal, Guns, Freedom,” as if the metaphysical confluence of political liberty, fossil fuels, and firearms had acquired the status of universal law.

By their own admission, none of my students had ever taken a course in philosophy before enrolling in my Introduction to Ethics and the Environment. Engineering programs tend to be quite rigid and there are few humanities credits on offer. Still, the sooner they are able to check another box, the sooner they can graduate and move on to a lucrative career. A course that raises tough moral questions about the very industry they’ve spent years preparing to enter is not necessarily a welcome experience. Some were scarcely able to conceal their disdain for the subject, an attitude expressed as an uneven mishmash of reflexive skepticism, impatience, and bemusement. It was a very challenging course for me to teach.

We seem to have started things at a détente: they would humor my quaint lectures and I would grant them safe passage onto oily careers after the requisite moral self-flagellation. Which isn’t to say they felt inhibited about expressing their views; far from it. As we worked our way through core texts in environmental philosophy, I learned that Deep Ecology was “a crazy hippie idea,” Ecofeminism “something most people absolutely reject,” and Social Ecology “basically communism.” Environmental racism is “really about poverty,” there are “no ethical concerns” raised by the Dakota Access Pipeline, and overpopulation is a problem best solved by cutting off foreign aid to poor countries. As a teacher, one attempts to raise questions, to challenge accepted wisdom, and to push students to consider perspectives alien to their own. To do this effectively is a challenge even in the most committed classrooms, so I mentally prepared myself for a slog when I realized that climate change was rapidly approaching in our syllabus.

True climate change denial is an uncommon position in this country. Though it sometimes seems otherwise, an overwhelming majority of Americans (70%) believe that climate change is happening and poses risks. A majority of Americans (69%) even support policies that would restrict carbon emissions from coal power plants. My petroleum students had much more nuanced views on the issues than I would have expected—nuanced, but still at odds with science, logic, and morality.

On the one hand, I was told, climate change is real and dangerous. On the other hand, global emissions have flat-lined, which is a good thing, right? Well, yes and no. It is true—thanks to a variety of policy measures President Trump now wants to eliminate—that U.S. emissions have remained virtually unchanged since 2014. It is also true that stabilization is simply not enough to reduce the effects of climate change, let alone reverse them. Renewable and alternative energy sources are pretty much the only paths open to us short of abolishing industrial society altogether.

But, they asked, aren’t there countervailing moral concerns we must consider? We concede that the consequences of carbon emissions are cumulative and geographically dispersed. Likewise, we concede that the biggest polluters are generally in a much better position to protect their citizens from the effects of climate change. But if we stop extracting fossil fuels now, half the population of the planet will starve to death in short order! I responded with a short discussion of the false dichotomy fallacy…

Ultimately, ethics demands that we ask difficult questions about our lives. Why do we think it is morally permissible to act in one way but not another? Does legality supersede morality? To do ethics is to take up the same question Socrates is said to have asked: How ought one to live?

At a time when the world pushes on toward disaster, it is reasonable to demand that those who would perpetuate the causes underlying anthropogenic climate change justify themselves. Naturally, attributions of moral responsibility will vary. Those of us living in wealthy, capitalist societies produce a sizeable carbon footprint relative to the rest of the world and there’s surely some greater degree of responsibility incurred as a result. The moral bar must be set especially high for those who seek to enter careers in the fossil fuel industry at this late hour. The onus must be upon the petroleum and coal majors—just as it must be upon the professors who train them—to explain themselves. It goes without saying that they must be able to do this without recourse to fallacious argumentation (“It’s either current levels of extraction or global starvation”) or the environmental version of the Nuremberg defense: “It’s just a job.”

Despite the obvious outward challenges of teaching environmental ethics to aspiring petroleum engineers, I felt that my pedagogical goals were at least minimally served this semester by making my students uncomfortable. It’s an ambivalent accomplishment. Perhaps some of the more perceptive among them even sensed my own great discomfort at being given the task. After all, though I may have provoked a few of them into thinking more deeply about moral questions of immediate importance, I doubt very much it was enough to change anyone’s career goals. At times, my role felt dangerously like that of collaborator, providing less a series of moral questions to be confronted than a more sophisticated means for rationalizing their chosen field. Against the interminable grind of ideology and profit, perhaps a single course can only ever raise a feeble voice in the wilderness. Still, the seeds of intellectual discomfort often take time to germinate—and in unexpected ways. This at least is a modest comfort.

Kristofer J. Petersen-Overton recently completed his Ph.D. in political theory at the CUNY Graduate Center and now teaches at Montana Tech of the University of Montana.