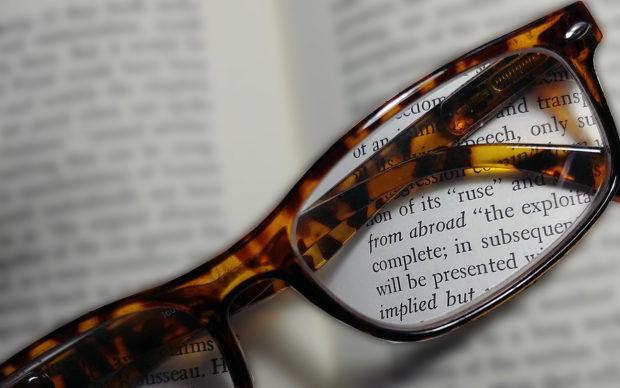 “Close distance” is a term I coined in 2015 when I was writing a novel as part of my studies in Lancaster University’s Creative Writing Programme. When writers talk about their craft, they tend to use descriptives rather than critical constructs to apply analytically to fiction. Jhumpa Lahiri, for example, defines her relationship to her writing as a kind of “intimate alienation” in the “bicultural universe” that she inhabits. [1]

But what critical term could we use to talk about, say, how Kazuo Ishiguro executes “Englishness” and “internationality” or cosmopolitanism in his writing? How do novelists who mix more than two histories, languages, cultures and styles do so in ways that enable readers to relate to a pluricultural universe, to feel the connections in worlds they are otherwise distant from?

These are, no doubt, all issues that have been tackled in debates on World Literature. And the question “What makes a novel universal?” has been asked before. Likewise, people have argued over cultural appropriation and authenticity. The problem of who is entitled to write about what, and why some writers are better than others in writing about other cultures, not to mention their own, remains a largely unresolved one; as are quandaries over how much to explain, gloss and translate in fiction, and whether to include a glossary at the end of a novel to aid the clueless (usually Western and predominantly Anglophone) reader eager to learn about “other cultures”.

But what I have not come across is a precise technical term that refers to the actual novelistic technique that writers use when they try to mediate complex realities.

The term close distance was developed out of the need for vocabulary to identify how and when a writer attempts to not alienate or distance readers from sociocultural settings or historical periods unknown to them. What makes the term new and a development on Gardner, Shklovskij and Wood’s analyses of narrative modes is that close distance tries to move beyond an awareness of techniques that simply bring us in and out of our characters’ heads or make us more aware of their surroundings. Close distance also brings the complex historical and exotic dimensions into considerations of the hybrid, cosmopolitan, historical novel.

An example of close distance could be found in the following paragraph from my unpublished historical novella, The Orangutan of Verona. Two Italians, Odoardo Beccari and Emilio Salgari, end up with a baby orangutan after a hunting expedition in Sarawak, Borneo. She is named Roma after being suckled by a dog. Odoardo wants to bring Roma back to Italy as a specimen for Cesare Lombroso’s research on race, criminality and skull size. When Roma is temporarily loaned to a Malay Muslim family, Zarina, the daughter of the house, begins to nurse Roma with her own milk. After Roma starts praying like a Muslim, the family is reluctant to return Muslim Roma to the two Italians who will then bring her back with them to Italy. Emilio, who has meanwhile fallen in love with Zarina, tries to abet the family in their desire to keep Roma.

“Like Emilio, Haji was not at all happy about the prospects of Rumiyah having to undertake a long, perilous sea journey to a Christian land. She had two options. She could stay in Borneo and remain Musulmana. Or she could go to Italy and become Mussolini.”

The reader already knows at this point in the story that Rumiyah (derived from Arabic) is the Malay word for the Italian word Roma for Rome. The English Rome and the Italian Roma are already inscribed in the word Rumiyah. A distant or foreign (for the English-language reader) word like Rumiyah is made familiar and brought closer to understanding to at least three implied readers from different linguistic backgrounds: English, Malay and Italian. The same three-way translation can be suggested by the Italian word Musulmana (an English language reader will see the word Muslim in it, and Muslim readers the Arabic word Muslimun). The contemporizing moment, which reduces the psychic distance that readers might feel between themselves and the historical context, is the anachronistic pun on the Italian Fascist dictator, Benito Mussolini. All this is mediated through free indirect style where the reader sees things not only through the character’s eyes and language, but also through the author’s eyes and language.

Only a contemporary reader from the perspective of the present might understand the allusion to evolution and how civilized humans who evolved from apes can be corrupted by negative ideologies, which is what the whole debate about the revival of fascism revolves around today.

Close distance can be used both as a noun (“The close distance in the passage occurs when…”), as an adjective (“This close distancing effect is…”) and as a verb (“Amitav Ghosh closes distance when…”).

What follows is another excerpt from The Orangutan of Verona where the technique of close distancing is attempted. May readers apply close distance to other fiction to see if it is a useful critical term.

Haji and Zarina were about twenty minutes away from the kampong. They had already crossed the flat fields and were now on a wide, grassy path in the middle of secondary jungle, nothing but trees on both sides. Once they reached the river, they would be on the homestretch. All of a sudden Roma, whom Zarina along the way had strapped to her back piggyback fashion with her selendang, began to cry. Haji and Zarina stopped in their tracks to figure out what to do.

“She must be hungry,” Haji Syed said. “Trees everywhere. But none of them fruit trees.” He just assumed that fruit was what a baby orang would eat. “Now what are we going to give her?”

As Roma’s cries got stronger, Zarina felt her breasts tingle and tighten, just as they would when Amir cried. The sensation immediately gave her the answer to her grandfather’s question. She turned her back to him, unharnessed Roma and plonked her on the ground while she hurriedly unbuttoned her kebaya. Milk was already dripping from her nipples. Zarina picked up the bawling Roma and noticed she had no teeth. Good. She cradled her in her arms, placed her right hand on Roma’s head and guided it towards her left nipple, exactly as she would do countless of times with Amir. Roma latched on immediately and sucked with a vigour that was just short of painful. Roma’s sucking felt different from Amir’s sucking. Her mouth felt wetter and stickier. But the experience was not all that different. It was just as pleasurable and relaxing. Zarina stroked Roma’s head, grateful that her grandfather had not said a word. He had not started dictating what was allowed and disallowed, halal and haram. He must have understood that she had no choice. There was nothing else to feed Roma with. And the sound of her cries was so intolerable. Amir’s cries were more bearable than Roma’s.

Haji did understand. “Take your time,” he said softly. “Go into the shade. Sit down. Lean against a tree.”

Zarina did as she was told. Haji, too, went to squat under his own tree. He pulled out a box of matches from his thobe pocket and a cheroot from his turban. He lit it and sucked on it. He had never seen or even heard of a woman suckling a baby monkey. Was it lawful? Or was it haram? Would lactating the baby orang make it become her own child? He didn’t know. This was nowhere in the books.”

Masturah Alatas is the author of The life in the Writing Syed Hussein Alatas: Author of The Myth of the Lazy Native (Marshall Cavendish 2010) and The Girl Who Made It Snow In Singapore (Singapore: Ethos Books 2008). Her articles have appeared in CounterPunch, boundary 2 and Will The Flower Slip Through the Asphalt: Writers Respond to Capitalist Climate Change by Vijay Prahad (Editor), Naomi Klein, Amitav Ghosh et al. She teaches English language at the University of Macerata, Italy, where she has been living for over two decades. She is currently working on a novel set in Italy and her native Malaysia around the theme of polygamy.